Patient Wi-Fi, digital imaging for radiology, and critical clinical systems such as electronic medical records. Each of these helps provide the best possible healthcare to the people of NSW.

Designed to improve the experience of patients, families and staff, all of these innovative systems rely heavily on IT infrastructure to function at their optimum.

To ensure this can be achieved, eHealth NSW piloted three Health Grade Enterprise Network (HGEN) projects over the past two years, aiming to reduce IT complexity in hospitals.

Developed in partnership with global IT service provider Nippon Telegraph & Telecommunications (NTT), Local Health Districts (LHDs) and NSW Health, the projects were a test case for the timely integration and delivery of new statewide IT projects.

The choice of locations has provided opportunity to improve services across complex environments, with the Westmead Health Precinct covering multiple key sites.

These included the new multi-tenanted Central Acute Services Building (CASB), the University of Sydney, and the Sydney Children’s Hospital, where the medical centre is now part of HGEN.

It is a significant milestone for the Sydney Children’s Hospital Network and the HGEN initiative.

The first major elements of the Coffs Harbour HGEN pilot have also been completed ahead of schedule, with wireless and wired networks now operating in the existing hospital building.

They are also ready to integrate at the new clinical services building currently under construction. Coffs Harbour is the first regional facility to adopt the HGEN approach and will operate a full as-a-service model, managed by Mid-North Coast LHD in partnership with eHealth NSW and the service provider, Optus.

The fast tracking of activity at Coffs Harbour has been supported by the clinical teams who saw an immediate lift in performance, reliability and consistency with HGEN.

An independent evaluation of the pilot by KPMG Consulting found that each pilot site successfully delivered the forecast efficiencies and benefits. Patients and visitors within the Northern NSW LHD now have access to free Wi-Fi. The service is an i… 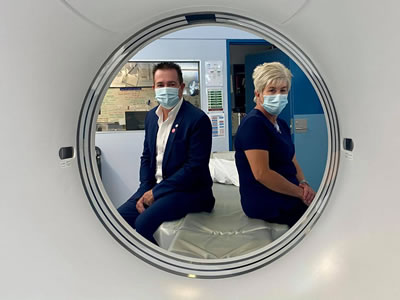 With a focus on improved safety, and the quality and continuity of patient care, the single digital…